In the middle of the village Scherpenzeel, behind the Dorpsstraat, Huis Scherpenzeel. In the fourteenth century fortified house was on this spot. Scherpenzeel lay on a strategically important location on the border between the provinces of Gelderland and Utrecht. The house you see now is built in the 18th century. At this time the House is used for public gatherings, including weddings. The park is open for visitors.

Next to Scherpenzeel is the small village of Renswoude and it's own castle Renswoude. Approx the same period as it's neighbour Huis Scherpenzeel. This castle is inhabited (apartments) It's alowed to walk around the castle, in the beautiful forest. Across the road, is a pond that is inspired by the ponds of the Palace of Versailles of Louis XIV, the Sun King.

Castle Amerongen is approx. 12 km from Landgoed Ruwinkel. The history of this fortification began in 1286 but the current form of the castle got in 1680. This castle has been beautifully restored and can be visited!

Huis Doorn, the history of this house dates back to 838! The current appearance of the house dates back to 1796. The most famous resident was the former Kaiser Wilhelm of Germany. After losing the First World War the Kaiser asked for sylum to his cousin Queen Wilhelmina of the Netherlands. The House is still largely left in their original state and is open for visitors.

The former living and working palace of Queen Juliana and Prince Bernhard is still on display (until a new destination is found). Soestdijk Palace is only a half hour drive from Ruwinkel Estate.

The pyramid of Austerlitz

Early 18th century, the French army of Napoleon encamped on the spot where now the village of Austerlitz can be found. To prevent boredom among the French troops, General Auguste de Marmont ordered to construct a pyramid of earth on top of the Utrechtse Heuvelrug. The view is magnificent.

The historic town of Amersfoort

The history of Amersfoort goes far back in time, but the current buildings date from the period immediately after the great fire in 1340. The historic medieval city center is national protected cultural heritage. Particularly the two original city gates. 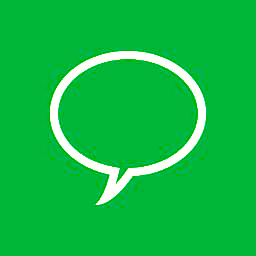