There is a lot to see in the Netherlands but your visit would somehow not be complete if you haven't visited the capital city Amsterdam.

Amsterdam has many attractions. Too many to mention here our own favorites:

Walking through the city

Amsterdam is a small town and perfect for just walking around. It doesn't matter how many times you have visited the city because you will always see new details, new hotspots, new gems to discover. It is free to stroll and it is healthy.

Dutch art and history from the Middle Ages to the present day.
We recommend that you use the audio tour to bring history to life. 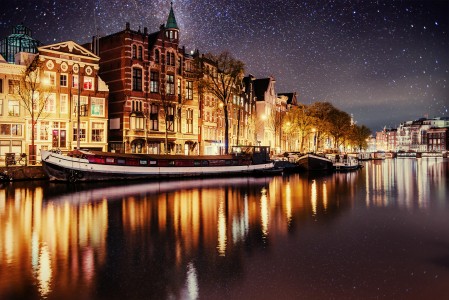 Anne Frank is a Jewish girl who has to go into hiding during World War Two to escape from the Nazis. Together with seven others she hides in the secret annex at Prinsengracht 263 in Amsterdam, where she writes her world-famous diary. Discover her story! The museum is only to be visited with pre sale tickets: buy your ticket online!

Canal cruises in Amsterdam are popular in any weather, because you are sitting in the warm and dry and get to know the city from its most beautiful side. The Canal Belt, one of Amsterdam's landmarks, has been a UNESCO World Heritage Site since 2010, so a ride on these picturesque canals is almost a must during your visit to Amsterdam. Tickets for such trips you get at various outlets in the city, for example, directly at the main station.

What many do not know: In Amsterdam, most shops are also open on weekends! If you can go shopping on a Sunday stroll, it's twice as much fun!

Other interesting things to do in the Netherlands

Step into a fairytale land: the Efteling. An unique park where Cinderella or Snowwhite comes alive. But also the older children will love the Efteling: especially for the thrills and rides like the Piranha water ride or the Python rollercoaster.

Open at the begin of spring: see the beautiful tulips for yourself. The first economic bubble was in the Netherlands in the 17th century: it was the tulip bubble.

The Dutch government is seated in the Hague. But this city has a lot more to offer: want to see the Netherlands in one day? Visit the miniture town of Madurodam. Here you can see all the highlights from the Netherlands. Maybe it's a nice sunny day: take a stroll at the boulevard of Scheveningen beach.